Democracy, the Bill of Rights and the Constitution after 8 Years 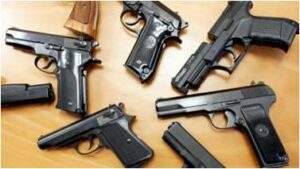 STATEMENT: THE FIREARMS CONTROL AMENDMENT BILL AND THE REMOVAL OF CITIZENS’ RIGHT TO DEFEND THEMSELVES

The FW de Klerk Foundation shares the alarm of many South Africans over the recently published Firearms Control Amendment Bill which, among other things, seeks 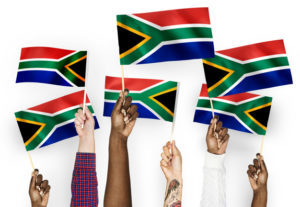 The trouble with political slogans is that they are meaningless. We have seen it with the communist and socialist policies, enacted in the name of the proletariat; the working class, and those who are exploited by the “capitalists”. 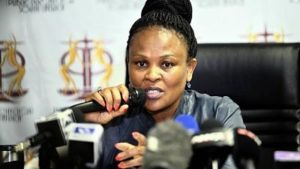 Why did the Public Protector initially refuse to give ABSA, one of the parties cited, a copy of the ABSA bailout report, only to relent at the threat of legal action? Why did the Public Protector give a copy of the same report to the Gupta-family funded pressure group, Black First Land First (BLF), without extending the same courtesy to Adv Paul Hoffman, the complainant in the matter, or even the likes of former President Thabo Mbeki, whose name features prominently in the report? Even more disturbing, as the South African Reserve Bank (SARB) charged today in papers filed before the Gauteng High Court of South Africa in Pretoria, the fact that she consulted with both the Presidency and the State Security Agency (SSA) and neglected to include transcripts of the meetings.

The Centre for Unity in Diversity (CUD) and the Centre for Constitutional Rights (CFCR) at the FW de Klerk Foundation welcome the ruling by the High Court in Johannesburg to interdict Black First Land First (BLF) and its founder, Andile Mngxitama, from harassing or assaulting journalists, or protesting outside their houses.

STATEMENT: APPOINTMENT OF JUDGE LEONA THERON TO THE CONSTITUTIONAL COURT 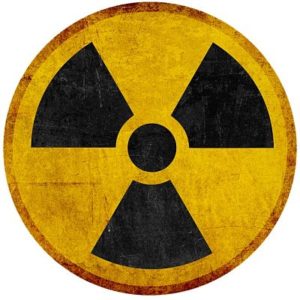 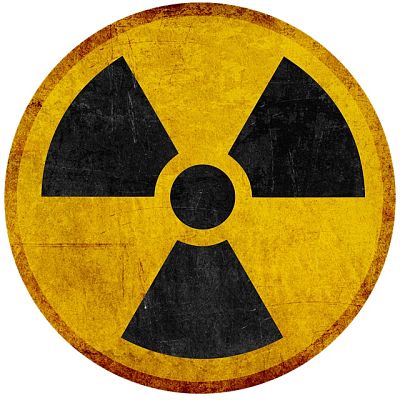 The Centre for Constitutional Rights (CFCR) welcomes the decision by the Western Cape High Court, handed down today, which sets aside South Africa’s nuclear agreement with Russia. The successful challenge to the agreement was launched by civic organisations, EarthLife Africa (ELA) and the Southern African Faith Communities’ Environment Institute (SAFCEI), on the basis that the agreement was unlawful and unconstitutional.

The secret nuclear deal would have reportedly cost the nation R1-trillion and the South African public would be none the wiser – but for the diligence of investigative journalists and the non-governmental organisations who approached the courts.

Apart from the exorbitant costs of the deal, which South African taxpayers would have to bear, the deal transgressed the Constitution’s demands that procurement of goods or services must be fair, equitable, transparent and cost-effective. Binding for a minimum of 20 years, the deal would have practically granted South Africa’s decision-making powers on the nuclear industry, over to Russia. 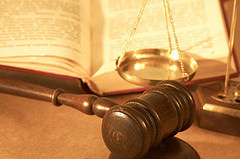 As structural interdicts go – with layers of reporting back and supervision – the recently handed down order by the Constitutional Court in Black Sash Trust v Minister of Social Development and Others (Black Sash case) is far-reaching and extensive. Ordinarily such an interdict would elicit – not unwarranted – accusations of judicial overreach and a possible breach of the separation of powers doctrine – but these are not ordinary times.

Consider that on the same day in which the Constitutional Court was handing down the decision in the Black Sash case above, the High Court in Pretoria set aside the Minister of Police’s appointment of Major General Ntlemeza as National Head of the Directorate of Priority Crimes Investigation (DCPI). This was set aside on the basis that the appointment, given previous adverse findings by courts against Major General Ntlemeza, was irrational. 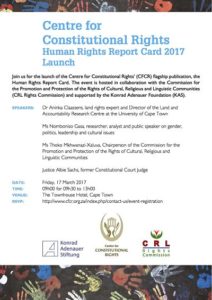 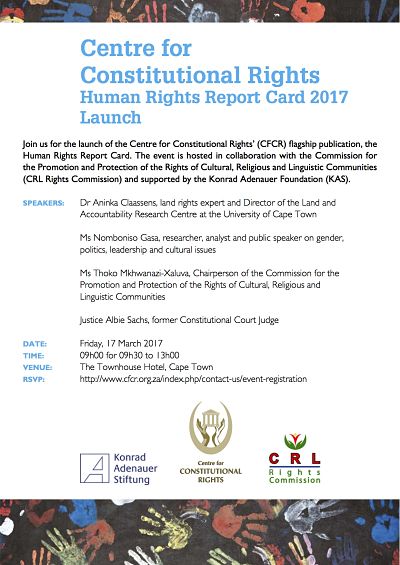 Join us for the inaugural launch of the Centre for Constitutional Rights’ (CFCR) flagship publication, the Human Rights Report Card. The launch event is hosted in collaboration with the Commission for the Promotion and Protection of the Rights of Cultural, Religious and Linguistic Communities (CRL Rights Commission) and supported by the Konrad Adenauer Foundation (KAS).