ARTICLE: WITHOUT EFFICIENCY AND ETHICS, WE UNRAVEL

When one regularly follows the events at the Zondo Commission, the extent and depth of corruption and inefficiency in the government is almost unreal, and 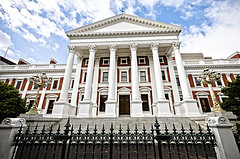 In the annual 8th January statement (delivered on the 13th January this year), ANC president Cyril Ramaphosa spelled out the central tasks of the ANC for 2018. He covered a wide range of themes and topics, and it is apparent that this is (as usual) not a piece drafted by the ANC president himself. There is the usual rhetoric about the National Democratic Revolution and the gains made in regard to its goals during the last number of years. Nevertheless, a careful reader will discern Ramaphosa’s hand and that of his close allies in a number of issues and the way they were presented and emphasized. Both the selection of these, as well as the way in which they were framed, are a far cry from those highlighted in the 8th January statements of the last nine years. At least three such issues can be distinguished, namely the economy, corruption and land reform. This article looks briefly at the first two and then continues to focus on land reform and property.