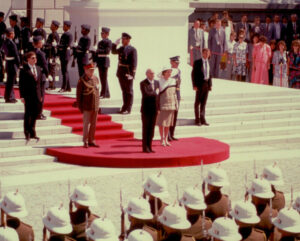 FW de Klerk dedicated his presidency to the negotiation of a new non-racial and inclusive constitutional democracy. The negotiations, under his presidency, commenced with his speech of 2 February 1990 and culminated with the adoption of the 1993 constitution on 22 December 1992 and the election of 27 April 1994.