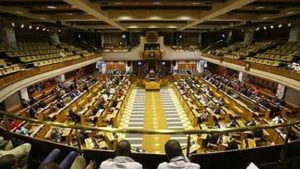 ARTICLE: THE NEW CABINET: ABLE TO DELIVER OR THE SAME OLD SAME OLD?

The excitement and disappointment (in some quarters) regarding the appointment of President Cyril Ramaphosa’s Cabinet has settled. A number of articles have already been written about the Cabinet and its strong points, weak points, old members, and new recruits.  The question remains: can the new Cabinet deliver on the President’s promises?

It is essential to remember that the most fundamental change to the new Cabinet is the chairman. How President Ramaphosa will lead- and what he prioritises- will distinguish his Cabinet from that of its predecessor. In addition, what is new is the support he will have. It is now generally understood that the choice of Ministers and deputies was a product of intense behind-the-scenes negotiations with various stakeholders. In the end, of the 28 Ministers, only five are known Zuma supporters (including Nkosazana Dlamini-Zuma, who in the recent past has actually become supportive of the Ramaphosa cause). This implies that Ramaphosa has more than 80% of his Cabinet not in opposition to him or his plans. Even though the number of Deputy Ministers was inflated beyond initial plans, it is clear that at most, 12 of the 34 deputies were products of compromise with the Zuptoid faction. This gives Ramaphosa 75% support in the entire group and even more in the actual Cabinet of 28. That is a strong start, especially when one considers the potency of various factions and stakeholders in the ANC alliance.  It is believed that the President (as many before him) will have a smaller, trusted circle, a kitchen Cabinet – and this is where he will start.