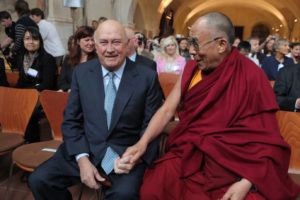 In a statement issued today, the President’s spokesman, Mac Maharaj, has taken “strong exception to the attack on the South African government by the Executive Mayor of the City of Cape Town, Ms Patricia de Lille”, because “she blamed government for the cancellation of the 14th World Summit of Nobel Laureates.”