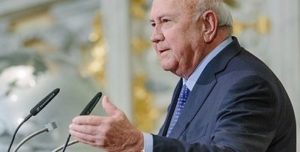 SPEECH: ACCOMMODATING DIVERSITY IN A SHRINKING WORLD – THE MAIN CHALLENGE TO PEACE IN THE 21ST CENTURY

It is a great honour for me to address you in this beautiful church. The Frauenkirche is a symbol of the victory of faith and peace over the brutality and destruction of war. It was rebuilt and reconsecrated after it had been destroyed in one of the most dreadful episodes in a dreadful war. It stands as an indomitable symbol of mankind’s ability to resurrect the best qualities of our civilization from the ruins and ashes of the worst.