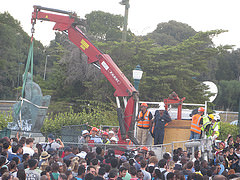 ARTICLE: EVENTUALLY WE WILL HAVE TO TALK TO EACH OTHER… BUT HOW?

South Africans are shocked by scenes playing out of late, particularly on historically Afrikaans campuses. These incidents are part of a process that began at the end of 2015 with #Rhodesmustfall. Shortly afterwards it was #Feesmustfall, with similar origins. Then Open Stellenbosch followed, where racial and anti-Afrikaans sentiments were more visible, and then ReformPuk. At the start of 2016, all of this deteriorated into undisguised racism and xenophobia, with slogans of “F … whites” and even “Kill all the whites” appearing on walls and T-shirts. When art was burned at UCT, students shouted: “It is whiteness burning!”. And last week it culminated at UP with #Afrikaansmustfall and violence and physical attacks and counter-attacks.