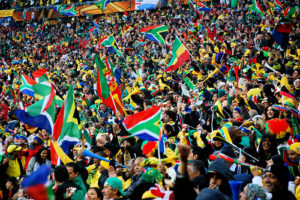 Earlier this week the Minister of the Sport and Recreation, Fikile Mbalula, announced the imposition of sanctions against four of South Africa’s main sporting codes (Athletics South Africa, Cricket South Africa, Netball South Africa and South African Rugby) for not meeting the racial targets that they themselves had earlier accepted. He said that he had resolved “to revoke their privilege … to host and bid for major international tournaments” in South Africa.