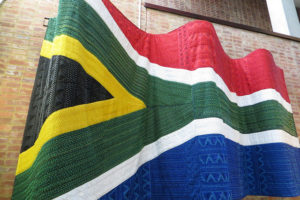 ARTICLE: OVER TO YOU, DEPUTY PRESIDENT… OR RESISTANCE AND CAPTURE IN SOUTH AFRICAN POLITICS

A damning report has been compiled by well-respected academics and a seasoned investigative reporter. The word “coup” features prominently. The report titled The Betrayal of the Promise: How South Africa is being Stolen provides factual information and draws linkages between a powerful political elite and business individuals. It reveals a toxic cocktail of patronage and corruption, all the while seriously undermining the constitutional state. Its biggest takeaway: State institutions are being repurposed to the detriment of all South Africans.

The Report follows hot on the heels of another released last week by the South African Council of Churches (SACC). The SACC’s report too, references statements from current and former government employees on how individuals closely linked to the highest office in the land have gained control of some state-owned entities.