ARTICLE: SOUTH AFRICANS SHOULD NOT LET A CRISIS GO TO WASTE

While the taste of victory in 1994 for South Africans of every hue was sweet, the reality of operationalising the dream was much harder, yet people remained steadfast. 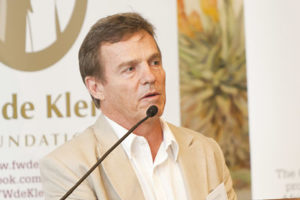 There are basically three post-December 2017 scenarios.

The first is a Dlamini-Zuma victory (“NDZ”), after which the ANC will probably split – and struggle to secure 50% at the polls in 2019. Following which, corruption will persist and economic growth will remain low.

The second is a Ramaphosa victory (“CR17”), after which the ANC could split, but probably not – and where getting 50% at the ballot box could be a little easier. Further, corruption will be tackled and the economy will slowly improve.

The third is the “unity scenario”, whereby there will be either a loser Deputy President and the ANC will paper over the cracks (and struggle at the ballot box), or a compromise candidate may be elected as President, with new possibilities for anti-corruption initiatives, as well as the economy.