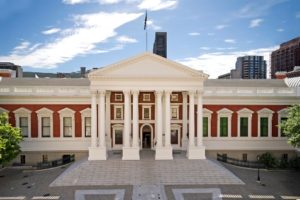 ARTICLE: LITIGATION BY THE HELEN SUZMAN FOUNDATION REGARDING RESPONSIBILITY FOR THE MANAGEMENT OF THE COVID19 CRISIS

The FW de Klerk foundation welcomes the Helen Suzman Foundation’s (HSF) application, direct to the Constitutional Court, to declare that Parliament, the President and the Cabinet have failed to fulfill their obligations under the Constitution to prepare and adopt legislation to regulate the state’s response to the threat posed by COVID19.

The HSF has asked the Court to direct the Cabinet and Parliament to prepare and adopt such legislation – and to declare that the powers that the Minister of Cooperative Governance has assumed under the Disaster Management Act to manage the crisis will be terminated as soon as the requested legislation has been adopted.