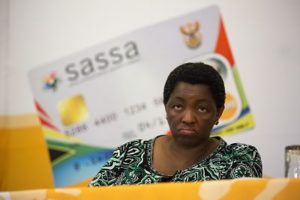 ARTICLE: SASSA SHOWDOWN LOOMING OVER HEARTS AND POCKETS OF THE POOR

Minister of Social Development, Bathabile Dlamini, has through word and inaction, demonstrated her clear disregard of the Constitutional Court ruling declaring the SASSA contract with Cash Paymaster Services (CPS) invalid. She has further heaped scorn on the advice of the Minister of Finance in his 1 February 2017 letter to her offering remedial recourse to ensure that almost 17 million people receive their social security grants come 1 April 2017.

The haughty response from the Minister of Social Development to Treasury, dated 8 February, states that, “her Department was in charge of payments of grants and that interactions with Treasury as part of a joint technical team were not to map out the future of social grants, but to merely analyse available options”. By all accounts and simple comprehension of the said letter from Treasury, this was precisely what was being proposed. In addition, Treasury, as the ultimate steward of the resources of the country, added the caution that maintaining the status quo would open government to legal action. This hefty matter appears to be lost on the Minister.