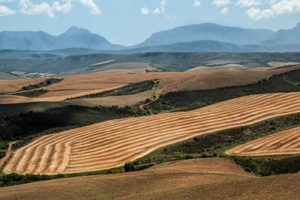 ARTICLE: LAND – WHERE DOES THE HUNGER LIE?

In this article, it is (again) suggested that the country needs a proper and credible land audit before we carry on with a debate that would otherwise remain emotional and divisive. It is, secondly, highlighted that some research has shown that we may have progressed further with land reform than we are sometimes led to believe. And it is thirdly pointed out that the real “land hunger” is not necessarily for agricultural land to farm, but for urban and peri-urban land to build houses and make a home.

Land reform, especially of agricultural land, is nowadays almost a shibboleth for South African politics. The reasoning of the associated rhetoric usually has the following elements:

“Soil is prosperity, and if you first possess land, you can buy all the other good things with that wealth.”  And this usually refers to agricultural land.
“Historically, white people stole the land from black people and it has to be returned.”
“23 years post-democracy, black people still only own 9.8% of the arable land in South Africa.”
“There is a hunger for agricultural land among our people, like in Zimbabwe, and if we do not listen, we will follow the path of land occupation and confiscation.”