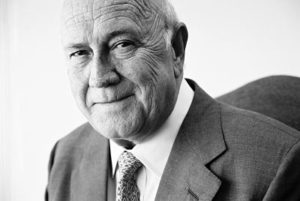 The road to 2 February 1990 can be traced back to the creation of the Union of South Africa in 1910.

In 1909 Britain decided to establish a union of its principal colonies in southern Africa along the lines of the successful federations that it had set up in Australia and Canada.  The difference was that in the other dominions the white populations greatly outnumbered the indigenous peoples – while in South Africa they comprised less than 25% of the total population.

Nevertheless, in keeping with the colonial approach of the times, Britain gave white South Africans a monopoly of power in the newly established Union. It was an arrangement that, in a rapidly changing world, would eventually prove to be untenable.

For the next 40 years South Africa developed along the lines of the other Commonwealth dominions.  Until the mid-fifties, in a continent that was still dominated by European powers, white minority rule in South Africa seemed unexceptional.  In a world in which racial discrimination was still shockingly the rule, South Africa’s segregation policies elicited little criticism.