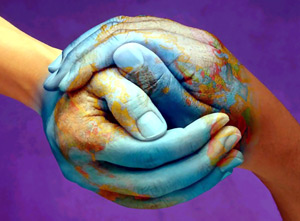 ARTICLE: DIMINISHING THE POWER OF DISCRIMINATION

The killing of 69 unarmed people in Sharpeville, South Africa, protesting apartheid pass laws on 21 March 1960, stirred the conscience of the world and saw the United Nations General Assembly adopt a Resolution to declare the day International Day for the Elimination of Racial Discrimination in 1966. ‘Sharpeville Day’ also became the origin for the post-1994 government of South Africa’s Human Rights Day, declared a public holiday.

While definitions of racism and racial discrimination are varied, at the heart of the matter is prejudice that is embedded in race, colour, ethnicity and often the combination of these. The UN, in its International Convention on All Forms of Racial Discrimination (1965), defines it thus, “the term ‘racial discrimination’ shall mean any distinction, exclusion, restriction, or preference based on race, colour, descent, or national or ethnic origin that has the purpose or effect of nullifying or impairing the recognition, enjoyment or exercise, on an equal footing, of human rights and fundamental freedoms in the political, social, cultural or any other field of public life”.