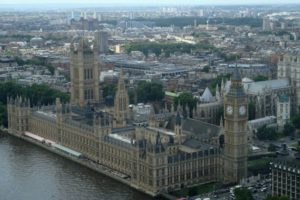 The sorrow and adulation that the world has expressed following the recent death of Nelson Mandela are a worthy tribute to his greatness. Last Monday the British parliament added its voice to the global chorus. It was appropriate – because it was the same parliament that set the course for South Africa’s future history when it created the Union of South Africa only 103 years ago. In so doing it set the stage on which Nelson Mandela – who was born only eight years later – would play out his extraordinary career.