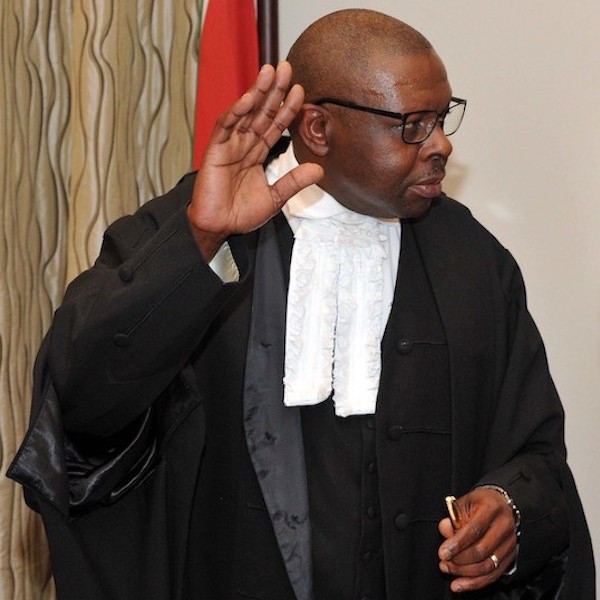 The recent decision and announcement of the Judicial Services’ Commission (JSC) that it will not recommend to President Cyril Ramaphosa that Western Cape High Court Judge President, John Hlophe, be suspended until his challenge against the gross misconduct finding against him are finalised, is shocking. It raises two fundamental questions: firstly, whether Hlophe will ever face impeachment for his gross misconduct; and secondly – and more importantly – whether the JSC is willing and able to carry out its crucial constitutional role impartially, competently and without fear, favour or prejudice?

The above follows on the JSC’s Judicial Conduct Tribunal ruling earlier this year in April when it unanimously found against Hlophe, deciding he had tried to “improperly influence” Justice Bess Nkabinde and Justice Chris Jafta in a pending case before the Court at the time, regarding Jacob Zuma. The tribunal ruled that Hlophe had breached Section 165 of the Constitution in that he attempted to “improperly influence” the two justices of the Constitutional Court to violate their oaths of office.

According to Sello Chiloane, Secretary of the JSC – ‘the JSC has not advised the President to suspend Judge President Hlophe’ and ‘it does not intend to do so until his application is decided’. Reports indicate that this will also extend to any appeal that Hlophe might lodge in the matter going forward. How can the JSC possibly countenance Hlophe’s continuing role as a Judge President after having found him guilty of gross misconduct?

The Constitution is very clear on the route that the JSC must follow. Section 177(1) Determines that a judge may be removed from office if –

(a) the Judicial Service Commission finds that the judge suffers from an incapacity, is grossly incompetent or is guilty of gross misconduct; and

(b) the National Assembly calls for that judge to be removed, by a resolution adopted with a supporting vote of at least two thirds of its members.

This conduct of the JSC raises serious questions not only pertaining to its independence but also its ability to carry out its constitutional mandate in a politically uncompromised manner – the JSC has a constitutional mandate to determine whether any judge against whom a complaint has been lodged is guilty of gross misconduct. Laws and procedures for doing so have been carefully formulated and these should be applied “diligently and without delay”.

Why has it taken the JSC 14 years of serious complaints to finally find him guilty of gross misconduct and, despite his gross misconduct, why did the JSC permit him to participate in its deliberations on the appointment of judges to the Western Cape High Court? Complaints against Hlophe -as well as his fitness to be a judge ‐ go back as far as 2005 when he reportedly called an attorney, Mr Josua Greeff, “a piece of white sh*t”. In 2006 the JSC received complaints that Hlophe had been receiving a monthly retainer from the Oasis Group and that he had failed to declare this interest – as is required from judges ‐ when ruling in a matter concerning the same group.

Concerns were also raised during 2019 when Hlople personally intervened in a judgment made against his personal attorney, Barnabas Xulu. The most recent storm involving Hlophe -aside from his looming impeachment- was the acquittal of Bongani Bongo, a former Minister in Jacob Zuma’s Cabinet, and a senior member of the so‐called radical economic transformation faction in the ANC. The acquittal and the manner in which the case was handled by Hlope, have been widely criticised.

It is essential that, as the guardian of the integrity and independence of the judiciary, the JSC’s own conduct should be beyond reproach and should be exercised in a manner that is fair, impartial and consistent with the Constitution – which unfortunately, seems not to be the state of affairs in casu.