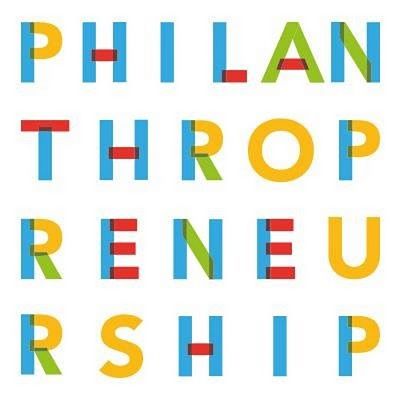 It is a great pleasure for me to address the 2017 Philanthropreneurship Forum with its theme of ‘Generation Impact’.

One of the most positive aspects of free market economies has been the willingness of its most successful entrepreneurs to dedicate their time and fortunes to the improvement of the lives of people throughout the world. They are deploying the skills that brought them success in business to tackling the developmental and human crises that continue to afflict a third of the world’s population.

It is appropriate for a new generation of philanthropists to develop new models of giving that will enable them to achieve measurable impact, sustainability and scale.At the same time we should not lose sight of the enormous progress that mankind has made since World War II – much of it as a result of successful entrepreneurs and philanthropists.

If ever there was a golden age in the long and troubled history of mankind it is now: if ever there was a time when we could stop, look back and survey the progress that we have made, it is our time. At no period in the great and often tragic sweep of human experience have so many people lived in such relative prosperity, security and freedom as they do today.

For most of our existence as a species, life for the vast majority of human beings was insecure, miserable and brief. Thomas Hobbes’ description of the state of nature in fact applied to most human life.  For most people there was

“… no knowledge of the face of the earth; no account of time; no arts; no letters; no society; and which is worst of all, continual fear, and danger of violent death; and the life of man, solitary, poor, nasty, brutish, and short.”

Few people lived beyond their 30s. The course of their lives was determined largely by the gender, class and country into which they were born. They enjoyed few or no basic rights. They were subject to the arbitrary power of capricious rulers. They were frequently caught up in brutal wars in the course of which they were subject to unimaginable cruelty.

They were the victims of disease and recurrent plagues and famine. They lived their lives beneath a pall of ignorance and terrifying superstitions. The great majority also subsisted in the deepest poverty and died leaving only a handful of wretched possessions.

The 16 years since the beginning of the millennium have – despite the current conflicts in the Middle East – been the most peaceful period in human history. Conflict deaths have dropped from 300 per hundred thousand during World War II to about three per hundred thousand now. There have hardly been any wars between countries during the past decade: nearly all the conflict now takes place between religious, ethnic or linguistic communities within the same countries.

Between 1950 and 2011 global life expectancy rose from 47 to 70 years. Infant and maternal deaths and deaths from tuberculosis dropped by half.

All of this has been reflected in steady gains throughout the world in the United Nations Human Development Index – which measures broad human progress in terms of income, education and health levels. Between 1980 and 2013 the World HDI improved from .559 to .702 on a scale where 1 represents the highest possible development.  The fastest progress was achieved in South Asia, followed by Latin America and the Caribbean and with sub-Saharan Africa bringing up the rear.  These dry statistics might not sound very significant – but in fact they translate into substantial improvements in the longevity and quality of life of billions of people.