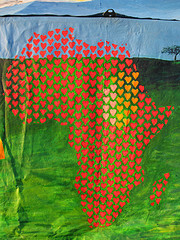 It is a great pleasure for me to visit Scotland.  I have always had an affinity with the Scots –

I would like to speak to you today about the state of democracy in the world, in Africa and in South Africa.

We who live in democracies are too often inclined to dismiss the enormous benefits that we derive from a system of government that is of the people, by the people and for the people.For most of our existence as a species life for the vast majority of human beings was insecure, miserable and brief. Thomas Hobbes’ description of the state of nature in fact applied to most human life.  For most people there was

“… no knowledge of the face of the earth; no account of time; no arts; no letters; no society; and which is worst of all, continual fear, and danger of violent death; and the life of man, solitary, poor, nasty, brutish, and short.”

Few people lived beyond their thirties. The course of their lives was determined largely by the gender, class and country into which they were born. They enjoyed few or no basic rights. They were subject to the arbitrary power of capricious rulers. They were frequently caught up in brutal wars in the course of which they were subject to unimaginable cruelty.  They were the victims of disease and recurrent plagues and famine. They lived their lives beneath a pall of ignorance and terrifying superstitions. The great majority also subsisted in the deepest poverty and died leaving only a handful of wretched possessions.

People were unable to exercise the most basic freedoms that we now take for granted – where to work; where to live; whom to marry; what to believe; how to protect one’s meagre possessions. Government was not instituted to carry out the will of the people and to serve their interests – but to promote solely the will and the interests of the ruling class.

The central theme of history has been the ascent of peoples from the Hobbesian nightmare to free democracies that recognise and promote the human dignity, equality and fundamental rights and freedoms of all their citizens.

As Winston Churchill famously observed “Democracy is the worst form of government in the world – apart from all the others.”

However, those who have experienced non-democratic states have a far higher appreciation of the benefits of democracy and the political freedom and economic prosperity that it brings. We know this because week after week we see on our TV screens the desperate attempts of refugees to escape from their repressive and conflicted societies to find better lives in European and North American democracies.