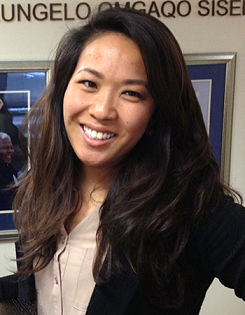 “The Foundation provided an opportunity for me to closely examine the point at which one of the world’s most progressive constitutions intersects with a young, vibrant democracy with a complex history, and consequently the degree to which its impact and legacy can be measured on the people of South Africa. The lessons to be learned here are valuable across all disciplines of statecraft and particularly so, for an aspiring international affairs professional like myself. No amount of words can adequately express just how much my time at the Foundation and in South Africa has taught me. Democracy, whether in infancy (such as South Africa) or with time (such as the U.S.) is in a state of constant evolution – actively molded by the forces that find its strength in the people who seek to benefit from it. Thus, it is something that can never be left unto its own but something that must be nurtured and shaped and requires the constant participation and passion of the people – however difficult, however frustrating. That is where the mission and work of organizations such as the FW de Klerk Foundation come in. It is these key civil society organizations, in addition to NPOs and NGOs, that serve the role of a necessary force for advocacy to adhere as closely as possible to the cherished Constitution of the Republic of South Africa, while taking into account the shifting dynamics of a society whose history and legacy as a whole is as unique as its parts and thus will require a democracy entirely of its own kind.”