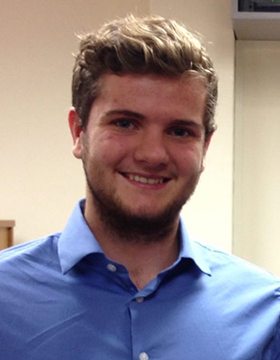 “I live and was raised in the Island of Jersey, a British Crown dependency off the coast of France. I chose to apply for an internship at the FW de Klerk Foundation because, as a South African National with a strong family heritage within the country, I have always been fascinated with the history and legacy of its incredibly culturally diverse people. Having grown up as the same age as South Africa’s own young and dynamic democracy, the passion and devotion its people have for its nation and its Constitution have always inspired me. I particularly identified with the nature of the Foundation’s and Centre for Constitutional Rights’ work in protecting the sanctity of the Constitution, the Bill of Rights and the rule of law, which closely relates to my studies at University.”

Matthew is currently completing a dual-honours degree of International Relations and Development at the University of Sussex, United Kingdom. His studies are largely centred on the theory and history of modern international relations, as well as the complex interactions of the historical, economic, social, environmental and cultural aspects of development.