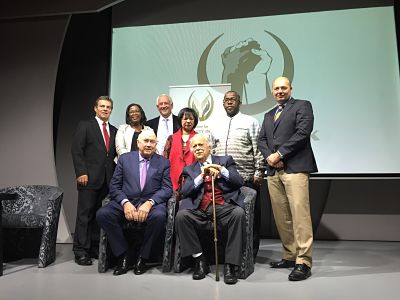 The FW de Klerk Foundation, in conjunction with the Konrad Adenauer Foundation (KAS) hosted a conference to launch the FW de Klerk Foundation’s Centre for Unity in Diversity on Friday, 26 August 2016, in Johannesburg. The new Centre’s aims will include building constructive and constitutionally-based national unity; promoting the constitutional rights of South Africa’s communities to preserve and develop their cultural, religious and linguistic identities within the framework of national unity; and promoting harmonious non-racial relations between all who live in South Africa.