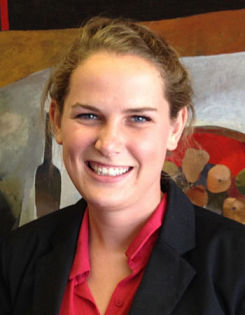 While at the FW de Klerk Foundation I conducted research on children’s rights issues in South Africa relating to violence in schools. My research has provided me with a better understanding of the South African Constitutions as well as ongoing human rights issues in South Africa. I was also a part of a legacy project to promote former President FW de Klerk’s legacy through a visual timeline. The legacy project has allowed me to have a firmer grasp on FW de Klerk’s role in the dismantling of apartheid. Along with conducting research and creating a timeline the internship also provided me with unique opportunities to attend events the Foundation is a part of. These events allowed me to expand my knowledge of South African politics even further and opened my eyes to new possibilities for South Africa’s future.

I look forward to taking my experiences from the Foundation and applying them as I move forward with my studies and my future career. It has been a very fruitful experience and I am so grateful that I had the privilege to work with such a dedicated team.”

Esther hopes to commence with her Master’s studies at the University of Cape Town (UCT) in 2015.