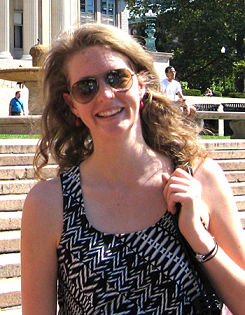 “Throughout my ten weeks at the FW de Klerk Foundation, I learned a great deal about Constitutional rights in South Africa, the current political landscape, and the status of gender issues. I was particularly grateful for the opportunity to attend the Foundation’s national policy conference in July 2012, where I gained a better understanding of the implications of the initial ANC Second Transition policy proposals through presentations from leading academics and professionals. The Foundation also gave me the opportunity to attend meetings and seminars outside of the office, including events at the University of Cape Town and public hearings at Parliament. Above all, I greatly enjoyed learning from the Foundation staff about their work and experiences”

Anna has since completed her final year of graduate studies at Columbia University’s School of International and Public Affairs (SIPA) in New York, New York. She graduated in May 2013 with a Master of International Affairs Degree and looks forward to pursuing a career in human rights and gender policy.