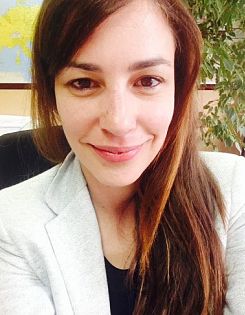 Free University of Brussels and Complutense University of Madrid. Postgraduate degrees in: European Political Studies, and Equal Opportunities Between Men and Women.

“As soon as I arrived at the FW de Klerk Foundation I was handed the Constitution of South Africa. One of the primary goals of the Foundation, amongst others, is to promote and support the values enshrined in the Constitution. One such value is the respect and promotion of language diversity. As I currently reside in Spain, where language diversity has also oftentimes posed a challenge, the matter appeared particularly relevant for research. Tackling the legal framework and measures set up since the adoption of the national constitutions (Spain in 1979 and South Africa in 1996) was essential to understanding the evolution of this issue in each country. My time at the Foundation and in South Africa, a culturally diverse and dynamic nation, enabled me to experience new realities first-hand. While adding to my understanding of the challenges on the ground, it served to raise further questions and provoke new thoughts. It was undoubtedly a unique and welcome opportunity.”

Ana currently works for the European Commission at its Representation in Spain. She is responsible for the management of European Information Centres charged with communicating EU policies, both locally and regionally.

Ana’s research focus was the promotion linguistic diversity, with a comparison between South Africa and Spain.