The FW de Klerk Foundation was established on 6 June 1999 as a registered not-for-profit organisation in South Africa. It has the following vision, mission and activities.

The Foundation’s vision is to be a self-sustaining organization that promotes – and that will, in the long term, continue to promote –

The Foundation’s mission is to 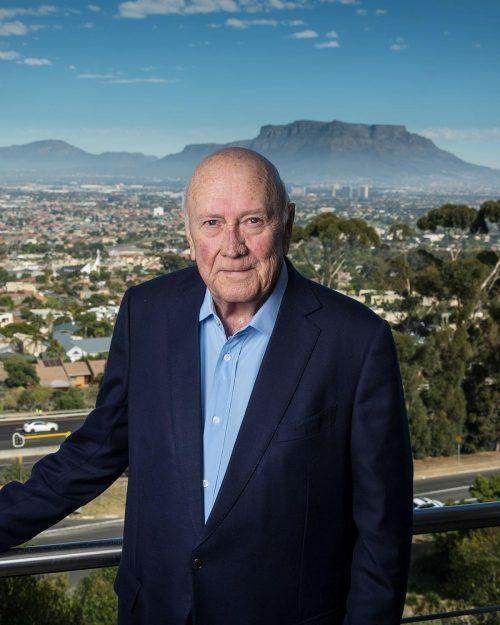 Promotion of Unity in Diversity

The Foundation works for unity in diversity, reconciliation and dialogue by

Support for Children with Disabilities and Disadvantages

The Foundation has, for almost 15 years, assisted organisations that care for disadvantaged and disabled children. It has raised almost R5 million, primarily overseas, for this purpose which it has channeled to the following exceptional organisations: the Cape Town Society for the Blind; Iris House Children’s Hospice; The National Institute for the Deaf; Salesian Life Choices; Studietrust; Alta du Toit School; and Woodside Special Care Centre.

The Board of Trustees meets at least twice a year to discuss matters of policy, adopt procedures and take administrative steps as they see fit. We also have a team of interns each year that fall under the Foundation Internship Programme assisting us to achieve our goals.

Board of Trustees
Foundation Internships

Be part of the change

Different ways to get involved

Each year the FW de Klerk Foundation hosts interns from South Africa and abroad. The Foundation has a long-standing relationship…

Find out about available Job opportunities at the FW de Klerk Foundation and partner organisations.

Stay in Touch with Us